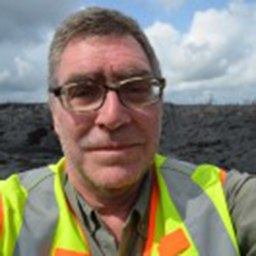 BIOGRAPHY: Kevin Krajick is the Earth Institute's senior editor for science news. He grew up in the Catskill Mountains and Hudson Valley of upstate New York, where he started in journalism at his high-school newspaper. He has since reported from all 50 U.S. states and 30-some countries, covering science, criminal justice, immigration and other subjects. His work has been featured in National Geographic, Newsweek, The New Yorker, Science, Smithsonian and many other publications. His 2001 book "Barren Lands" is the true account of how prospectors discovered diamond mines in Canada's remote far north. He lives on the Upper West Side of Manhattan with his wife and two daughters.

A new primer lays out the basics of climate science in compact form.

A new study has identified thousands of incidents of previously rare or unprecedented extreme heat/humidity combinations in parts of Asia, Africa, Australia, South America and North America, including in the U.S. Gulf Coast region.

How to Take Photos in the Field

What, when and how to shoot photos of scientific fieldwork.

Writing and Submitting an Opinion Piece

Opinion pages are one of the best-read parts of any publication. Here is how to break into them.