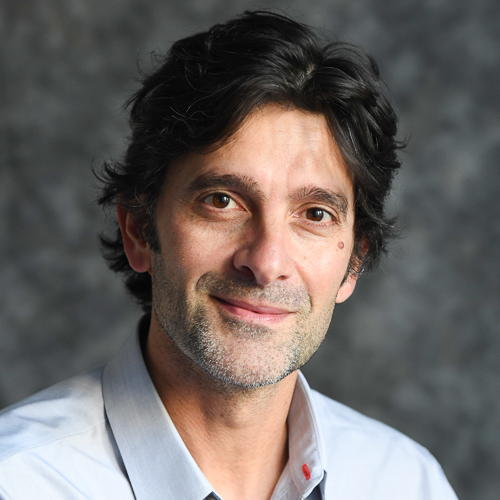 Fiondella has worked as a science communicator for more than 15 years, using his writing and photography to convey how some of the world’s most vulnerable people struggle with the realities of climate, and what scientists are doing about it.

He is especially interested in ways to bring science into the public sphere through collaborations with artists, photographers and other cultural messengers. In 2016, he worked with painter Michelle Rogers to organize IRI’s first visiting artist. He has served as a judge and panelist on “Concorso Cambiamenti Climatici – The Grand Challenge” an international climate-art contest organized by the University of Venice.

Fiondella is also the co-creator of the 2014 Climate Models, a crowdfunded project that turned climate scientists into fashion models as a way to spark public engagement and interest in science. In 2014, he helped build a partnership among the International Center of Photography and the Lamont-Doherty Earth Observatory to bring climate scientists into ICP’s gallery space to lead public tours and give presentations about their work. He also spoke about the important role photographers play in communicating science.

He is on the advisory board of Planet Forward, an organization dedicated to train the next generation of science storytellers.

Before joining Columbia, Fiondella worked as an information graphics editor and staff writer at The Wall Street Journal.

The system identifies areas where environmental conditions might enhance transmission of dengue, Zika, chikungunya and other diseases carried by Aedes mosquitoes. It could find at-risk areas a month in advance.

Insurance payouts based on weather conditions are helping to keep premiums low and enabling millions of farmers access to coverage previously unavailable to them.

The pandemic will test our food and trade systems in ways never experienced before. Food security research Michael Puma helps unravel the complex interplay of risks.

Affordable insurance against droughts and other climate risks will help to improve food security and protect smallholder farmers.