Slowing of Currents May Have Flipped Switch, Says Study

For decades, climate scientists have tried to explain why ice-age cycles became longer and more intense about 900,000 years ago, switching from 41,000-year cycles to 100,000-year cycles. In a new study in the leading journal Science, researchers found that the deep ocean currents that move heat around the globe stalled or even stopped, possibly due to expanding ice cover in the north. The slowing currents increased carbon dioxide storage in the ocean, leaving less in the atmosphere, which kept temperatures cold and kicked the climate system into a new phase of colder but less frequent ice ages, they hypothesize. 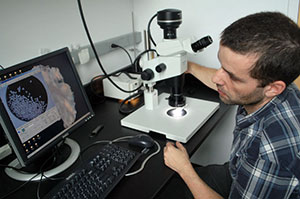 “The oceans started storing more carbon dioxide for a longer period of time,” said Leopoldo Pena, the study’s lead author, a paleoceanographer at Columbia University’s Lamont-Doherty Earth Observatory. “Our evidence shows that the oceans played a major role in slowing the pace of ice ages and making them more severe.”

The researchers reconstructed the past strength of earth’s system of deep-ocean currents by sampling deep-sea sediments off the coast of South Africa, where powerful currents originating in the North Atlantic Ocean pass on their way to Antarctica. How vigorously those currents moved in the past can be inferred by how much North Atlantic water made it that far, as measured by isotope ratios of the element neodymium bearing the signature of North Atlantic seawater. Like a tape recorder, the shells of ancient plankton incorporate this seawater signal through time, allowing scientists to approximate when the currents grew stronger and weaker off South Africa. 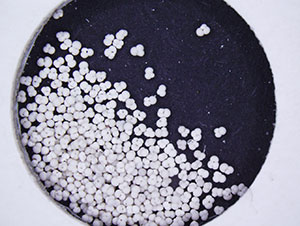 In Lamont-Doherty’s Ultra Clean Lab, neodymium isotopes in the above fossils were isolated and measured. (Leo Pena)

They confirmed that over the last 1.2 million years, the conveyor-like currents strengthened during warm periods and weakened during ice ages, as previously thought. But they also discovered that at about 950,000 years ago, ocean circulation weakened significantly and stayed weak for 100,000 years; during that period the planet skipped an interglacial—the warm interval between ice-ages--and when the system recovered it entered a new phase of longer, 100,000-year ice age cycles. After this turning point, the deep ocean currents remain weak during ice ages, and the ice ages themselves become colder, they find.

“Our discovery of such a major breakdown in the ocean circulation system was a big surprise,” said study coauthor Steven Goldstein, a geochemist at Lamont-Doherty. “It allowed the ice sheets to grow when they should have melted, triggering the first 100,000-year cycle.”

Ice ages come and go at predictable intervals based on the changing amount of sunlight that falls on the planet due to variations in earth’s orbit around the sun. Orbital changes alone, however, are not enough to explain the sudden switch to longer ice age intervals.

According to one earlier hypothesis for the transition, advancing glaciers in North America stripped away soils in Canada, causing thicker, longer-lasting ice to build up on the remaining bedrock. Building on that idea, the researchers hypothesize that the advancing ice might have triggered the slowdown in deep ocean currents, leading the oceans to vent less carbon dioxide, which suppressed the interglacial that should have followed. A 2009 study in Science led by Lamont’s Bärbel Hönisch confirmed that carbon dioxide levels dropped sharply at the time. 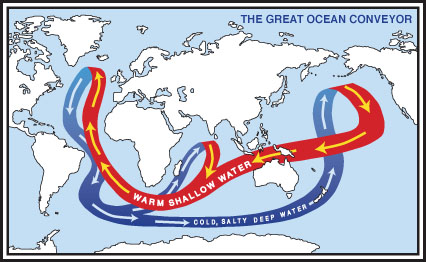 “The ice sheets must have reached a critical state that switched the ocean circulation system into a weaker mode,” said Goldstein.

A key ingredient in cellphones, headphones, computers and wind turbines, neodymium, it turns out, is also a good way of measuring the vigor of ancient ocean currents at depth. In a 2000 study in Nature, Goldstein and colleagues used neodymium ratios in deep-sea sediment samples to show that ocean circulation slowed during past ice ages.  In a follow-up study in Science, they used the same method to show that changes in climate preceded changes in ocean circulation.  A trace element in earth’s crust, neodymium washes into the oceans through erosion from the continents, where natural radioactive decay leaves a signature unique to the land mass where it originated.

When Goldstein and his Lamont colleague Sidney Hemming were pioneering this method in the late 1990s, they rarely worried about surrounding neodymium contaminating their samples. The rise of consumer electronics has changed that. “I used to say you could do sample processing for neodymium analysis in a parking lot,” said Goldstein. “Not anymore.”

The study was funded by the U.S. National Science Foundation.