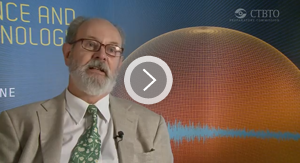 This spring, a Swedish scientist sparked international concern with a journal article saying that radioactive particles detected in 2010 showed North Korea had set off at least one, and possibly two, small nuclear blasts--possibly in experiments designed to boost the yields of much larger bombs. Shortly after, the pot was stirred with separate claims that some intelligence agencies suspected the detonations were done in cooperation with Iran. Now, a new paper says the tests likely never took place—or that if they did, they were too tiny to have any military significance.  The new report, by seismologists at Columbia University’s Lamont-Doherty Earth Observatory, will be published later this month in the journal Science & Global Security, where the earlier paper also appeared.

It is generally accepted that North Korea has carried out at least two nuclear test explosions, in 2006 and 2009. The Lamont scientists studied both those blasts via the seismic waves they generated. They concluded that the second test—thought to be in the range of about 2 to 4 kilotons—was five times more powerful than the first, though still dwarfed by the weapons of established nuclear powers. (A kiloton equals the explosive energy of 1,000 tons of TNT.) The suspicions of more tests in 2010 were based on whiffs of radioactive xenon and barium detected in South Korea, Japan and Russia in May that year; but it was not until March 2012 that Lars-Erik De Geer, a nuclear scientist with the Swedish Defense Research Agency, published the information, and suggested clandestine explosions of 50 to 200 tons as the sources. Several weeks later, a former high German defense official publicly suggested that the tests might have been done on behalf of Iran. Many experts quickly expressed skepticism, as there was no public evidence of seismic waves normally linked to such explosions; however, since then, tensions have continued to rise. In August, defense analysts warned that North Korea had made significant progress on a plant to produce highly enriched uranium, suitable for bombs. And lately, there have been increasing calls for pre-emptive attacks by the United States or Israel to keep Iran from developing a bomb. 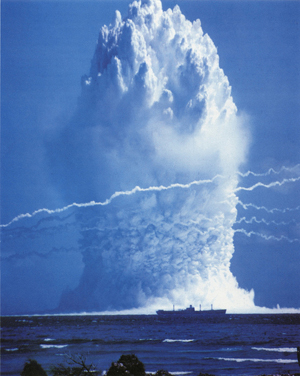 Before 1996, some 2,000 nuclear tests were conducted, many in the open. Since, then, three nations have broken a de facto ban: India, Pakistan and North Korea. Here: a 1958 U.S. underwater test at Enewetak Atoll, Pacific Ocean. (Credit: U.S. Government)

“The recent claim of nuclear testing in 2010 has led to publicity that could be very dangerous at a time when so much belligerence is in the air,” said Paul G. Richards, a coauthor of the new paper. “There could be consequences to a false alarm—you could start a war.” Richards and his coauthors, seismologists David P. Schaff and Won-Young Kim, say in their paper, “It is important to find confirming evidence for such a serious claim and thus build up support for it, or to find objective and contrary evidence and thus help make the case that the claim is invalid.”

The paper makes a detailed case that no explosion anywhere near the size of that hypothesized in 2010 could have taken place. For one, the region is heavily seeded with some 100 seismic stations in both China and South Korea. Data from many of them are stored locally and difficult for outside scientists to acquire, but they include an open-access one in Mudanjiang, China that has in the past recorded high-quality signals in and around North Korea from earthquakes, small chemical explosions, and the nuclear tests of 2006 and 2009. Based on this data, the scientists say that no explosion of more than a single ton could go undetected—and on the days of the purported tests, no such signals were seen.

A key qualifier, they say, is the assumption that an underground blast would be “well-coupled” with surrounding rock—that is, not isolated in a hollowed-out cavity that would absorb much of the shock. Some scientists and politicians fear this could be used to hide significant tests; but Richards says the logistics of digging out a spherical cavern big enough to fool modern seismic networks—never mind keeping such a vast excavation secret from spies and satellites—have become near-impossible. He says that the very best North Korea could have done was to light what he calls a “nuclear firecracker”—a wimpy puff that would do nothing to advance a weapons program.

The international community’s ability to reliably detect even small nuclear tests has grown rapidly in the past decade, following the signing of the 1996 Comprehensive Nuclear Test Ban Treaty by over 180 nations. Since then, hundreds of new stations have been installed that detect not just seismic signals, but waterborne sounds, low-frequency sounds in the air, and releases of radioactive isotopes. Scientists are still learning how to interpret this new flood of data. In regard to the 2010 radionuclide detections, alternate explanations suggested by various scientists include a leak at one of the dozens of civilian nuclear-power plants operating around east Asia, or from a nuclear-powered vessel passing through. 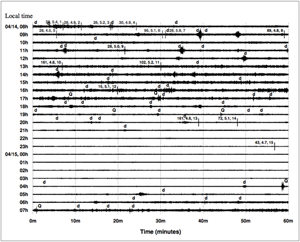 24 hours of data from a seismic station in Mudanjiang, China, on the date of one purported 2010 North Korean nuclear test. Background levels are higher during working hours than at night, suggesting human causes such as traffic, electric motors and passing trains—but there is no indication of a nuclear explosion, say the authors of a new paper. Each line represents one hour, sampled 40 times per second. (Courtesy Schaff et al., 2012)

The United States remains one of a handful of nations that has not ratified the test-ban treaty—based partly on politicians’ protests that instruments, including seismometers, cannot reliably pick up hidden tests. But, like a growing number of scientists, Richards says that technological advances and the increasingly dense network of monitoring stations have made those concerns outdated.  The purported 2010 test is a good example, according to him. “The quality of monitoring has grown so high, nothing of military significance can go undetected,” he said in a recent video from the Comprehensive Test Ban Treaty Organization. In March, the U.S. National Academy of Sciences released a detailed report to the same effect; Richards and Lamont seismologist Lynn R. Sykes were participants in that.

Richards and his colleagues have continued to work on the issue. In September in Washington, D.C., they presented workshops in monitoring advances to U.S. Senate staffers, and attendees at a session hosted by the American Association for the Advancement of Science. They are also working on combing through the fast-growing archives of past seismic events around the world to refine methods of detecting any future nuclear tests. “Let us hope there will be very few in the future,” said Richards.