Survey Shows Many Are Clueless On How To Save Energy 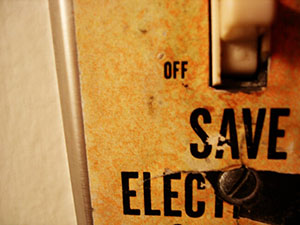 Many Americans believe they can save energy with small behavior changes that actually achieve very little, and severely underestimate the major effects of switching to efficient, currently available technologies, says a new survey of Americans in 34 states. The study, which quizzed people on what they perceived as the most effective ways to save energy, appears in this week’s Proceedings of the National Academy of Sciences.

Lead author Shahzeen Attari, a postdoctoral fellow at Columbia University’s Earth Institute and the university’s Center for Research on Environmental Decisions, said multiple factors probably are driving the misperceptions. “When people think of themselves, they may tend to think of what they can do that is cheap and easy at the moment,” she said. On a broader scale, she said, even after years of research, scientists, government, industry and environmental groups may have “failed to communicate” what they know about the potential of investments in technology; instead, they have funded recycling drives and encouraged actions like turning off lights. In general, the people surveyed tend to believe in what Attari calls curtailment. “That is, keeping the same behavior, but doing less of it,” she said. “But switching to efficient technologies generally allows you to maintain your behavior, and save a great deal more energy,” she said. She cited high-efficiency light bulbs, which can be kept on all the time, and still save more than minimizing the use of low-efficiency ones. 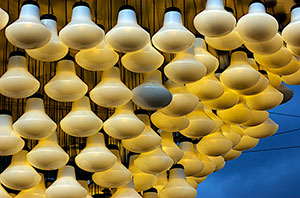 Previous studies have indicated that if Americans switched to better household and vehicle technologies, U.S. energy consumption would decline substantially within a decade. Some of the highest-impact decisions, consistently underrated by people surveyed, include driving higher-mileage vehicles, and switching from central air conditioning to room air conditioners. In addition to turning off lights, overrated behaviors included driving more slowly on the highway or unplugging chargers and appliances when not in use. In one of the more egregious misperceptions, according to the survey, people commonly think that using and recycling glass bottles saves a lot of energy; in fact, making a glass container from virgin material uses 40 percent more energy than making an aluminum one—and 2,000 percent more when recycled material is used.

Many side factors may complicate people’s perceptions. For instance, those who identified themselves in the survey as pro-environment tended to have more accurate perceptions. But people who engaged in more energy-conserving behaviors were actually less accurate—possibly a reflection of unrealistic optimism about the actions they personally were choosing to take. On the communications end, one previous study from Duke University has shown that conventional vehicle miles-per-gallon ratings do not really convey how switching from one vehicle to another affects gas consumption (contrary to popular perception, if you do the math, modest mileage improvements to very low-mileage vehicles will save far more gas than inventing vehicles that get astronomically high mileage). Also, said Attari, people typically are willing to take one or two actions to address a perceived problem, but after that, they start to believe they have done all they can, and attention begins to fade. Behavior researchers call this the “single-action bias.” “Of course we should be doing everything we can. But if we’re going to do just one or two things, we should focus on the big energy-saving behaviors,” said Attari. “People are still not aware of what the big savers are.”

The other authors of the study are Michael DeKay of Ohio State University; and Cliff Davidson and Wändi Bruine de Bruin of Carnegie Mellon University.