Under Miles of Ice, Range May Hold Secrets of Geology and Climate 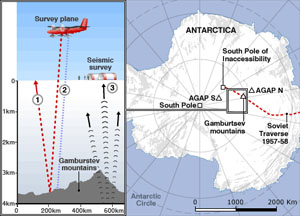 Scientists from six nations will combine efforts over the next three months to try and penetrate one of earth’s last unexplored places: Antarctica’s vast Gamburtsev Mountains, never seen by humans because they lie under up to 4 kilometers of ice, in the continent’s remotest regions. In the process of mapping the subglacial range with airborne radar and other cutting-edge techniques, the researchers hope to search for ancient ice and hidden lakes, and to find insights into climates past and future.

“This range is an absolute mystery in every respect,” said Robin Bell, a geophysicist at Columbia University’s Lamont-Doherty Earth Observatory and project co-leader. According to conventional theories, said Bell, “Those mountains should not even be there. It’s like opening an Egyptian pyramid and finding an astronaut inside.” Along with searching for the mountains’ origin, scientists hope to find keys to how future climate changes will affect earth. The probable nucleation point of the ice sheet that now covers east Antarctica, the Gamburtsevs may hold earth’s most ancient ice, perhaps 1.2 million years old. Large lakes of liquid water have already been found deep under the ice on both sides of the range, and the scientists hope to find more of these and study them. View the project web pages. 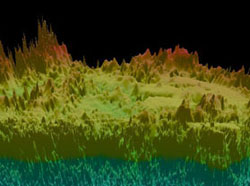 The Gamburtsevs may run at least 1,000 kilometers long, and 3,000 meters high in places--larger than the European Alps. Discovered in 1958 by Russian scientists, they were a surprise, since the continent’s interior was supposed to be flat. The region has barely been visited since, and only vaguely imaged by a few rough geophysical surveys. The new survey will be carried out over an area more than twice the size of California that includes the Southern Pole of Inaccessibility—the point in Antarctica furthest from any ocean, and harder to reach than the South Pole itself. In addition to the extreme isolation of the field camps and temperatures of minus 40 degrees Celsius, the teams will have to endure the thin air of high elevations. “We can’t collect this kind of information from satellites or other automated systems, even in the 21st century,” said Lamont-Doherty geophysicist Michael Studinger, a team co-leader and, like Bell, Antarctic field veteran. “It requires human beings on the ground.”

The Antarctic Gamburtsev Province (AGAP) team includes researchers from the Australia, China, Germany, Japan, the United Kingdom and the United States. The project caps the ongoing International Polar Year, the largest coordinated international scientific effort in 50 years. It will involve nine aircraft, along with a long-distance traverse by tractor. The U.S. portion is funded by the National Science Foundation. 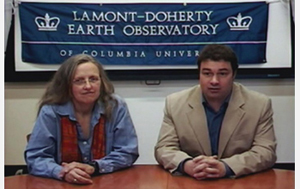 To map the invisible mountains, airplanes supplied by the NSF and the British Antarctic Survey will fly a carefully designed grid over the ice sheet’s surface with deep-penetrating radar, gravimeters, magnetic-field sensors and lasers. Meanwhile, surface teams from Washington University at St. Louis and Penn State University will deploy two dozen seismic stations to record variations in the waves of earthquakes produced naturally around the globe. Put together, the data will form 3-D images of the ice, the underlying mountains, the makeup of their rocks and the earth beneath them.  “These methods are similar to medical technologies like X-rays and MRIs that capture images from inside a human body,” said Bell. The teams will also hunt for sites where a Chinese team may be able to drill deep cores of the oldest ice. The ice here may be hundreds of thousands of years older than existing samples from elsewhere. Such cores would contain bubbles of carbon dioxide, methane and other gases from past atmospheres that would provide clues on how and why ancient climates changed--and thus what might happen to our own climate.

There are two basic competing theories on how the Gamburtsevs formed. One is an ancient collision between continents; the other, a more recent eruption of massive volcanism. An upcoming paper in the journal Geophysical Research Letters coauthored by Lamont geochemists Tina van de Flierdt (now at London’s Imperial College), Sidney Hemming and Steven Goldstein argues against recent volcanism. They say that sediments retrieved from the seabed off east Antarctica came from metamorphic rocks at least a half-billion years old, not young volcanoes. Assuming that some of that material came from the Gamburtsevs in rivers before the continent was glaciated, that still leaves the central enigma: why would mountains in the middle of a continent made of such ancient rocks still be so huge, instead of having eroded away? Read more on the paper.

Many scientists hypothesize that when earth’s climate cooled some 30 million years ago, snowfall on these mountains started the vast ice sheet that now covers eastern Antarctica. For that reason, a better understanding of their history would not only answer basic questions about earth’s evolution, but give a clearer idea of how the ice sheet might evolve if the earth continues its current warming trend. An equivalent of some 200 feet of sea level is locked up in Antarctica’s ice; if only a small part melts, it could raise sea levels enough to put major coastal cities underwater, said Bell.

“In recent years, it has become clear that we need to understand what is going on here,” said Studinger. “There are unique processes that can’t be studied anywhere else, because they don’t happen anywhere else.”

The scientists will depart for the field during the first week of November, and stay through January. As conditions permit, they will post a blog and images from the field.